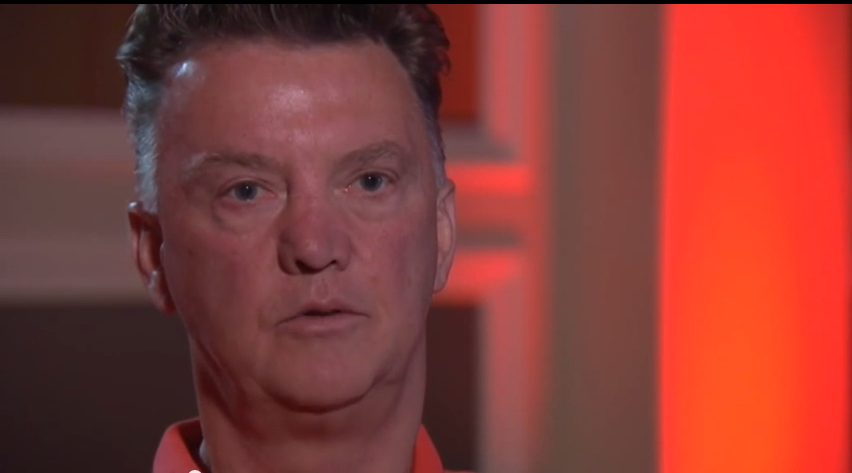 In an interview for Sky Sports, Louis Van Gaal has shared his thoughts on the “big challenge” he has embraced as Man Utd manager, with the Dutchman indicating that, although he had to give it some thought, this opportunity was ultimately too good to turn down.


Our new boss is still assessing the group of players available to him, having already criticised the balance of the squad, which is particularly bloated in the number 10 position right now, whilst being worryingly thin in central midfield, central defence and indeed in the wing-back positions as well.

Talking about the squad, Van Gaal said: “We have to see if the selection is in balance, and how we can improve the selection, not only by training sessions, but also by transfers.”

Will the Vidal saga have a happy ending? Is Di Maria still in our sights? Can we tempt Dortmund to part with Hummels? The truth is, we’ll just have to wait and see! But clearly, Van Gaal feels more signings are needed, and we should expect to see more deals done in the coming weeks.

Van Gaal also describes himself in the interview as “a very sympathetic man,” adding “I’m a human being…That’s important in my way of seeing things.” This is reflected in the impressions of those who have watched him working during pre-season, who have observed that his control-freakery is matched by his gift for connecting with the players on a personal level.

When asked if he has a philosophy he wants to implement at United, LVG answered: “Of course I have a philosophy…That has given a lot of success.” Unlike Moyes – a man with the philosophical conviction of a substitute R.E. teacher – Van Gaal knows exactly how he wants United to play, but he is also flexible enough to create a system that makes the most of the squad at his disposal.

Elaborating, he explains: “A lot of players can play in the same positions… With this system, at least 2 strikers can play. At least the number 10 can play. And also the 2 midfielders. So the specialists are the wing backs. But the 3 in the middle – I think you can learn that, because defending is much easier than attacking.”

He admits he prefers thr 4-3-3 favoured by Fergie, but says the 3-5-2 (or 5-3-2, depending on how you classify the wing backs) is the system he “has to choose” with the players he has available. It’s interesting that he described the wing backs as ‘the specialists’ – clearly this position is key in his tactical approach. That puts a lot of pressure on Luke Shaw (although his record-breaking transfer and contract will already be doing a good job of that), and it makes questions about Rafael’s fitness and consistency more pertinent than ever. Will he rely on youth for cover in these positions, does he have a genius transfer or two up his sleeve (please, anyone but Dirk Kuyt!), or will we see someone like Valencia officially reinvented as a wing back now that we’re not playing with conventional attacking wingers anymore? Right now, there’s still plenty to speculate about.

As for the claim that “defending is much easier than attacking,” I’m sure that could be the basis of a painfully forced and ultimately tedious debate on Match of the Day some time soon. Let’s just hope that our lads make it look a bit easier than they did last season when the 2014/15 campaign gets underway!

The next few weeks will be intriguing as the end of the transfer window approaches. As for the next few years? I’m looking forward to the ride.