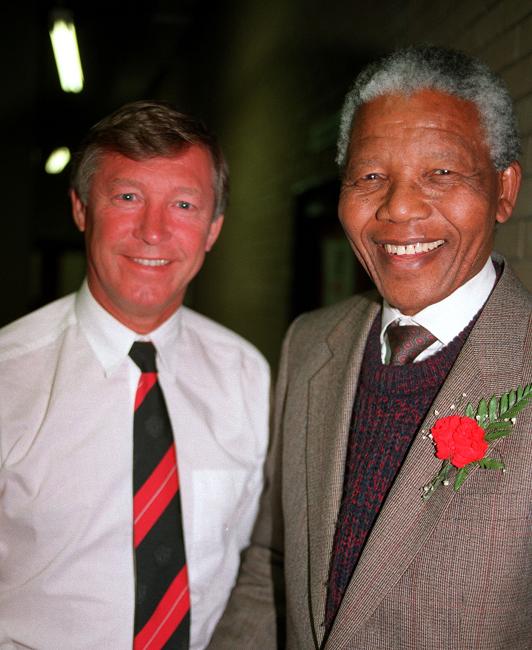 Being a Mancunian expat, the one thing that endeared me to this country most, besides the weather, scenery and very cheap house prices, was that it is a fanatical city of football. English Premier League is huge here, with the majority ostensibly being Man United fans and to see buses, cars and minivan taxis adorned with MUFC regalia, makes me feel proud and among friends. Apart from local teams, Amazulu and Golden Arrows, fans are divided between Man United, Liverpool and Arsenal and have been supporting these clubs for many years and their father’s before them. The more nouveau fans among them is a smattering of City and Chelsea, brought on by success not history.

The United fans I speak to here are of the same opinion of most these days, that Moyes is struggling with the Herculean task he has before him. As this country tries to get to grips without Mandela, we must learn to move on without Fergie.

Fergie did Moyes no favors by leaving him a championship team but not a team of champions and since the Glazers plunged us into debt, our spending has been confined to one or two marquee signings in seven years. In fact, I read that since the Glazers took over, the net spending over seven years has been about £80 million, this works out at around £11 million a season and no real youngsters coming through, a-la class of ’92. It seems the rot was starting a long time ago with a clutch of overpriced mediocre players both English and foreign being signed and Fergie as the twelfth man!

As it stands now, we are really in danger of not even making the Europa and even if we do, we all know how energy sapping that cup is and how it might affect the rest of the season for 2014-2015.

I think two years of no Champions League will see the end of Moyes, but where do we go from there when RVP, Rooney, De Gea and maybe even Janujaz, Powel, Zaha etc have left.  I guess we’ll always have Giggs!!

Which Marquee players will want to join us with no Champions League? And what of our financial standing as the Glazers suffer with the loss of revenues the European nights bring and perhaps even the loss of sponsors.

It’s worrying times for us as Reds, but we all need to be UNITED.