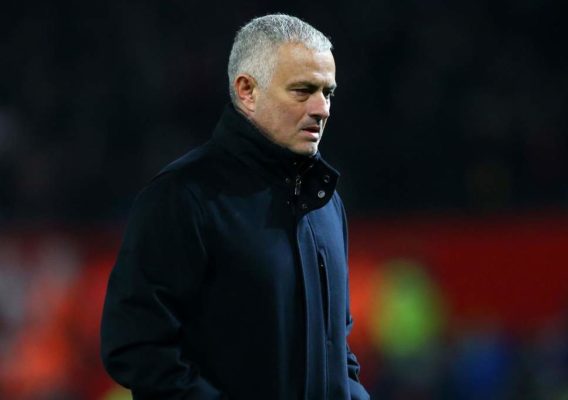 This was the season Jose Mourinho hoped he could salvage his reputation and make Manchester United strong title contenders once again but his flailing tactics have left Manchester United struggling to catch the top teams.  They are now 19 points behind league leaders Liverpool and Mourinho’s squad have largely underwhelmed since his appointment back in 2016

For all his bravado the Portuguese tactician is struggling to throw off his reputation as a risk-averse manager  whose team is now on a lower level to their main rivals.

This season,  United have had a dismal run in the Premier League, drawing blanks against the top six clubs,  with the recent one being a 3-1 loss to Liverpool. The Red Devils’ fans now watch their team play expecting the worst and each time they seem to always fall deeper into the mire.

Time seems to have changed Mourinho from a man with fresh ideas to a man with no clue. Under Mourinho, United are often boring to watch and entertaining the fans has become less important and winning games the priority. Mourinho diverted from playing the old ‘United way’ and built cautious, counter-attacking teams because that’s what he excels at and that compromised his ability to get results.

United’s record against the Premier League’s elite has been quite forgettable this season, his method which does not suit the squad has made his squad complacent and results hard to come by.

Only time will tell if Mourinho will be able to salvage anything, but at this point, it seems an impossible challenge, one which Mourinho looks tired of even attempting.