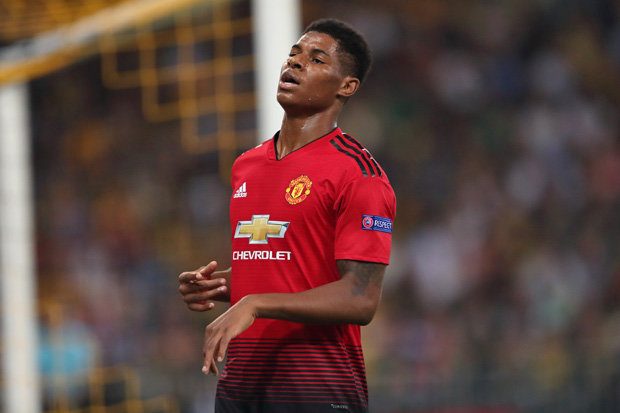 Following his abysmal display at Old Trafford on Tuesday night against European superpower Juventus, it is time Lukaku sat on the bench and get his arts back.

Lukaku is an easy prediction in the United line-up. The Belgian isn’t just one of the starting players at the club, he is also the player everyone knows will start the next game irrespective of his previous performance as it is given that there are no options for Mourinho.

The former Chelsea player has found the net four times in eight Premier League games. While the figure looks somewhat satisfactory, it doesn’t lay bare the Belgian’s true performance. Lukaku has found the net against lesser opponents, but has struggled to impose his game against the top teams of the League.

Last season, the Belgian scored only once against the top six teams. On Tuesday night in a UEFA Champions League match against Juventus, the powerful forward was a shadow of himself – he had no shots on goal neither did he create chances for his teammates. He made no deadly runs, and was cumbersome and immobile upfront. He let his team down.

Understandably, United had themselves to blame as they made no effort to win the game in the first half. The second half, however, saw a different demon. They took the game to Juve. The Old Lady couldn’t control the game in the second half like they did in the first. But, the man who should be linking up with his teammates and tricking Juve defenders was nowhere to be found.

This season, we have witnessed Mourinho reinstate Anthony Martial as a starter in three consecutive games and this came on the backdrop of axing Alexis Sanchez from the starting line-up. He has also moved Marcus Rashford to the right wing to create space for Martial on the left. It would be befitting to do same with Lukaku.

The Belgian needs to learn from the bench. Rashford has made known his desire to play as a striker, and he should be given the chance. Like under-performing Sanchez, Lukaku deserves a place on the bench at least for some games. United deserve to win games (by wide margins, in fact). At the moment, axing Lukaku to the bench and playing Rashford upfront could be the best and temporary solution.