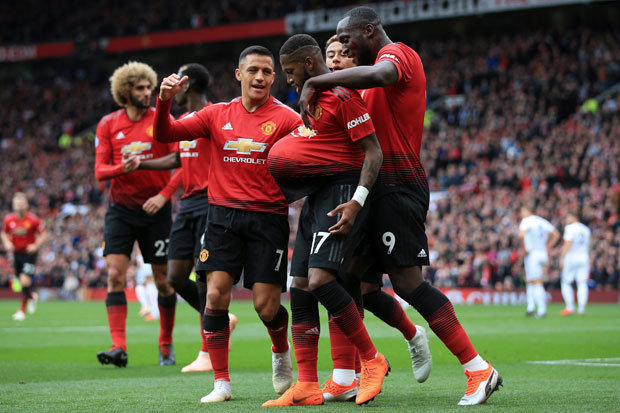 It was all doom and gloom at Old Trafford not that long ago. The club were languishing in the middle reaches of the Premier League table, struggling to find any kind of creative spark in their performances. Supporters were getting fed up with Ole Gunnar Solskjaer’s apparent lack of ideas, and a dismal mood pervaded Old Trafford.

While United are still far from at their best, there are signs of gradual improvement in recent weeks under the Norwegian. The win against Tottenham Hotspur at Old Trafford provided a much-needed boost for players and supporters alike, as the team got one over on old boss José Mourinho, as did the sensational derby victory over Manchester City at the Etihad Stadium. The recent Carabao Cup win over Colchester United, while a formality, means that a domestic trophy is within sight, with a tantalising two-legged semi-final against Manchester City to come in January.

Solskjaer seems to have arrested United’s slide, and has fostered a more positive attitude at the club recently. Although there is a long way to go in the Premier League this season, are there signs that fortunes are turning around at Manchester United?

Let’s face it, results are still not at the level we all expect from Manchester United. But the important thing is that in matches the Red Devils were losing earlier in the season, they’re now drawing. That might not sound like much to the average fan, but it makes a big difference when you can go on a run without defeat. United’s last league loss came as far back as early October, against Newcastle United, and although a youthful line-up lost away to Astana in an inconsequential Europa League game, it’s a definite positive that United are now a lot more difficult to beat. Some will say there are too many draws, but sometimes it takes time to turn those draws into wins.

One area for optimism is the return to form of Marcus Rashford. The 22-year-old has been in fine scoring fettle, having netted vital goals against both Tottenham and Manchester City. After looking bereft of confidence earlier in the season, the England forward has rediscovered the touch that made him such a thrilling prospect when he burst onto the scene in 2016.

Jesse Lingard, too, has enjoyed a return to form, with Solskjaer often favouring him in the attacking midfield role. Scott McTominay has been one of United’s most consistent performers all season, and is really starting to show the true extent of his potential as a defensive midfielder.

Fourth-placed Chelsea’s dip in form of late offers hope for the chasing pack when it comes to finishing in the top-four and securing Champions League qualification for next season. The Blues have lost four of their last five Premier League matches, and United are just four points behind Frank Lampard’s men.

The Premier League table is unusually tight for this stage of the season, with only seven points separating Chelsea in fourth and Newcastle United in 11that the time of writing. There is a sense that that fourth Champions League spot is up for grabs, and this will provide hope for the likes of Wolverhampton Wanderers and Sheffield United, who would have never dreamed that such an achievement could be within reach.

However, as the season goes on, you’d expect it to be a race between Chelsea, United and Tottenham for that final Champions League berth, and the Premier League betting odds reflect this. United have beaten Spurs in the league, and Chelsea in the league and Carabao Cup, so you could say that Solskjaer’s side may have the edge when it comes to those crucial meetings in the second half of the season. While it’s been disappointing so far for all concerned, all is not yet lost, and a strong showing in the latter part of the campaign could yet bring that feel-good factor back to Old Trafford.