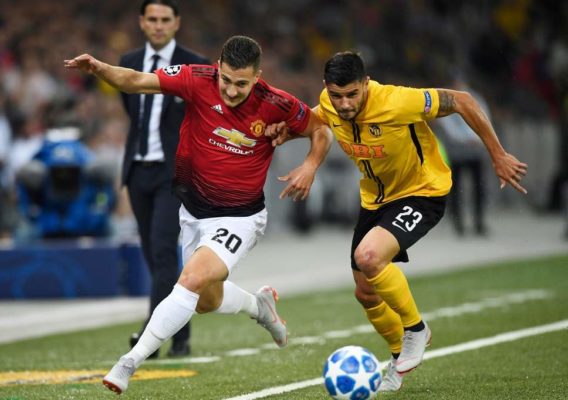 Ahead of Saturday’s home game with Crystal Palace, Manchester United have received a major boost in the form of Diago Dalot’s return to fitness. The youngster was spotted in training with some of the key players of the team, reports the Daily Star.

The Portuguese player who has been on the treatment table since September has now regained full fitness and is in contention to feature for the Red Devils when the Premier League swings back into action this weekend after the international break.

The youngster confirmed his fitness on social media on Monday, uploading a picture of him fist-pumping along with the caption: “That feeling when you’re ready to help your team again. Good week to everyone”

Dalot arrived at Old Trafford with bags of potential from Porto in the summer but remained on the sideline until mid-September as he was nursing a meniscus injury. The 19-year-old proved his worth on his United debut away at Young Boys in the Champions League and he gave another decent performance against Derby County a week later where he provided a well-timed assist to Marouane Fellaini’s equaliser after United had gone behind.

Dalot’s return is a stroke of luck for Jose Mourinho as he will be facing Crystal Palace without Luke Shaw who is serving a suspension, Shaw’s absence could see Ashley Young playing at the left-back and Dalot deployed to the right-back slot.

A number of United’s first-team players are injury stricken at the moment with Paul Pogba, Anthony Martial, Romelu Lukaku, Victor Lindelof and Marcus Rashford all nursing injuries sustained during the international break.

Dalot might be unable to return straight away to the starting XI as he was out for more than a month, but his return to training is a good start to the beginning of his journey back into the right-back role.