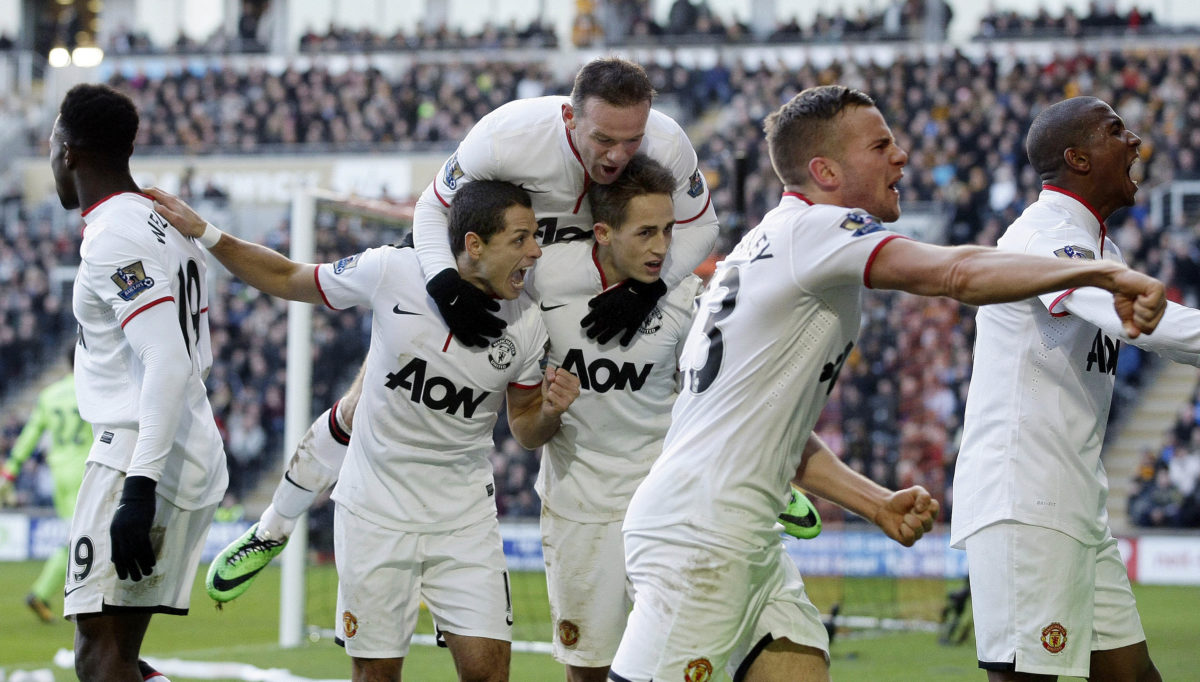 There’s nothing like a bit of Boxing Day football, whether you’re watching with the family, or taking the opportunity to escape to the pub as the festive friendliness begins to lose its sparkle.

Last year, we triumphed 4-3 in a thrilling victory over Newcastle, and in 2011 we put 5 past Wigan, with a hat-trick from Berba. This year’s fixture was no less exciting, finishing Hull City 2-3 Man Utd, and marking Moyes’ first run of 5 wins in a row at the club. It was also Fletcher’s first start in over a year (a great sight indeed), and, of course, Rooney’s 150th Premier League goal for the Reds.

It was a decent day all round for United – Everton finally lost a game, and City’s win over Liverpool suited us pretty well. But the afternoon definitely didn’t start as we’d hoped!

With just 65 minutes until kick-off, Moyes’ boys arrived at the home of the team with the third best home defence in Europe, and after less than a quarter an hour of play, we were 2-0 down.

Moyes later remarked that it looked like we were still on the Humber Bridge as ex-United centre-back James Chester, and midfielder David Meyler, carved us open like a bunch of Christmas turkeys. It certainly felt that way.

But before the half hour mark hit, we were back on level terms – Rafael’s injury, although certainly a concern, proved a blessing in disguise, with substitute Janujaz making an instant impact, winning a free kick in a great position. Rooney didn’t disappoint with his perfect delivery into the box, and Chris Smalling made the most of it with a powerful headed goal. Just like old times, the comeback was on!

It took just 7 more minutes for United to level the score, with the once again outstanding Rooney thumping a blockbuster of a shot from outside the box into the top left corner of the net. Wayne definitely won’t be forgetting this one in a hurry!

United seemed to ease off the gas a little after bringing it back to 2-2, but it still felt like a massive relief to see them leave the pitch at half time on level terms.

Hull were impressive again after the interval, with Sagbo forcing a good save from De Gea, and Alex Bruce heading against the bar, but they weren’t quite clinical enough, and we eventually made them pay.

On 66 minutes, Ashley Young, who continues to look like a much more useful player than most of us would like to admit, took full advantage of Figueroa’s laughable excuse for a challenge to ping a delicious ball into the box. With Rooney waiting to pounce, James Chester had to intervene, but the ex-Old Trafford boy got his clearance completely wrong, and headed straight past substitute keeper Steve Harper into his own net. He was clearly distraught, but at least his parents, both lifelong Reds and watching from the stands, had something to celebrate.

Now we just need a big win against Norwich, another slip-up from Everton, and a gritty draw with plenty of bookings and injuries when Newcastle host Arsenal on Sunday!