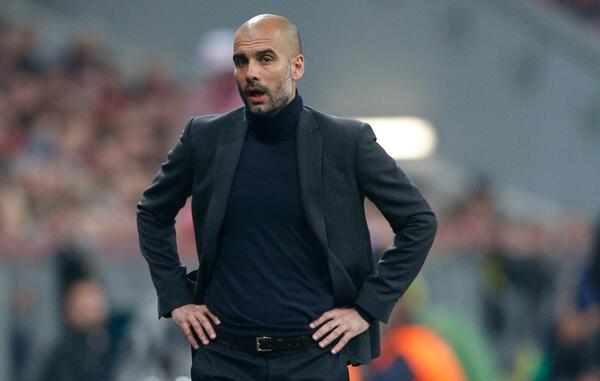 So, Real Madrid completely thrashed Bayern over the 2 legs, with Ronaldo leading the charge, and they now head to the Champions League Final against either Ancelotti’s ex-club or Real’s local rivals.

So where does that leave Pep and Bayern? Is he still the great Guardiola that we all thought he was? It’s a really difficult question. His Barca team played some spellbinding football – they were at the peak of their powers with him in charge – but he inherited a magical team, schooled at all levels in the philosophy he still clings to now.

In Germany, he took over a treble-winning team – the Champions of Europe. One thing Pep hasn’t done is build a new team. Would we want him at United?

Admittedly, last week I would have said yes, 100%. But now, quite honestly, I am on the fence, and not really sure if he would be the right man to rebuild our great club.

We have heard rumours of Ancelotti – I can’t realistically see him leaving Real, but if there’s any chance of that happening, surely he has to be the first choice. That’s predominantly because of his successes at Chelsea as well as at Milan, PSG and now Real. I think Ancelotti would embrace Giggs and the Class of 92, and he has the real class to be the manager of United. I always thought Chelsea were crazy to sack him, and showed the lack of class that has become their trademark .

So who will we get? Will it be Van Gaal? Whilst I am not against him, I am not totally convinced we want a man of 62 who has been sacked twice at Barca and once by Bayern, and realistically his greatest achievements were 20 years ago in in Holland, which is more like the Scottish league than the Premiership. Klopp doesn’t appear to be interested, and I can’t realistically see Simeone jumping at the chance to join us.

I have heard many saying that United need a complete rebuild from the ground up. Are we, as fanatical supporters, in denial about what really needs to happen, or are the pundits overreacting to what has transpired these last 12 months?Let’s all hope that whoever the board choose, it’s the right man to take us forward, quickly get us back challenging for trophies, and playing the game in the right style with Giggs heavily involved.