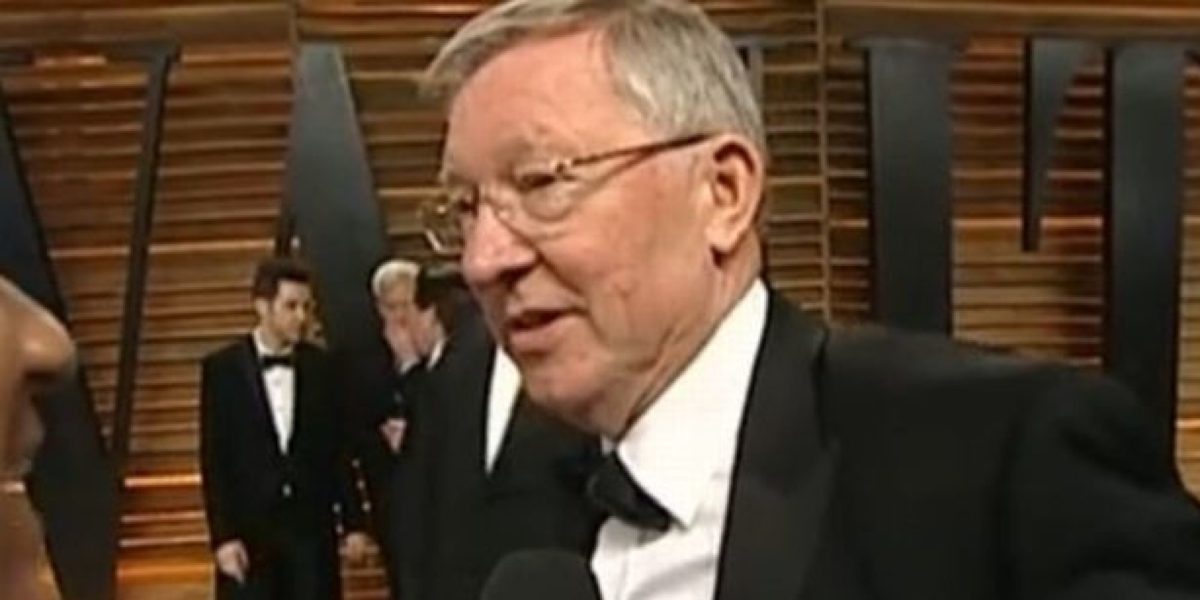 Speaking at a pre-Oscars party thrown by the British Consul General of Los Angeles Chris O’Connor, Sir Alex shared his views on United under Moyes:

“They’ll be alright. I was there 27 years and he needs time.”

Perhaps this was sincere, but, appropriately for the setting, it seems more like he’s putting on an act.

One of Sir Alex’s great qualities was that he never stood still. Throughout his 27 years, he kept building new teams, and when one trophy was won, he wouldn’t dwell on the success but build for the next one immediately. Time was on his side back in the 80s because the money was not so huge and the financial implications of winning or losing were nothing like they are today.

I can appreciate that Sir Alex is not going to publicly slaughter the man he put in charge, but surely he doesn’t really believe that Moyes can be afforded time like he was given? Sir Alex always surrounded himself with great people, whilst Moyes brought in his pals from mid-table Everton. Sir Alex never had a team perform under him like Moyes’ United did in Athens last week.

I watched Mourinho being interviewed yesterday, and asked what he said to his team at half time when it was 0-0 at Fulham, he replied: “I said nothing. I walked in and walked out without saying a word.” The reaction he got from his players was a terrific 2nd half performance, and that’s a genius manager knowing how to motivate multi-million pound footballers. Watching Moyes slumped in his seat as if he’s been shot during United’s abysmal performances, his motivation skills seem rather poor to say the least.

I hope that, deep down, Sir Alex knows he made a bad choice when he selected a mid-table manager with no trophies to his name. In order to compete with the likes of Pep, Jose, Simeone and Ancelloti, to combat the wealth of PSG and Man City, to challenge Liverpool’s rebirth, we need a TOP man in charge. We don’t want to be the new Liverpool or what City were for 30+ years! We demand continued success on and off the field.

I hope Sir Alex enjoyed the Oscars, but now he needs to come back down to earth. If the Glazers ask for his honest opinion on Moyes, he needs to give them an honest answer. Surely he has to agree with the 659 million fans who want Moyes out in May – we can’t all be wrong!