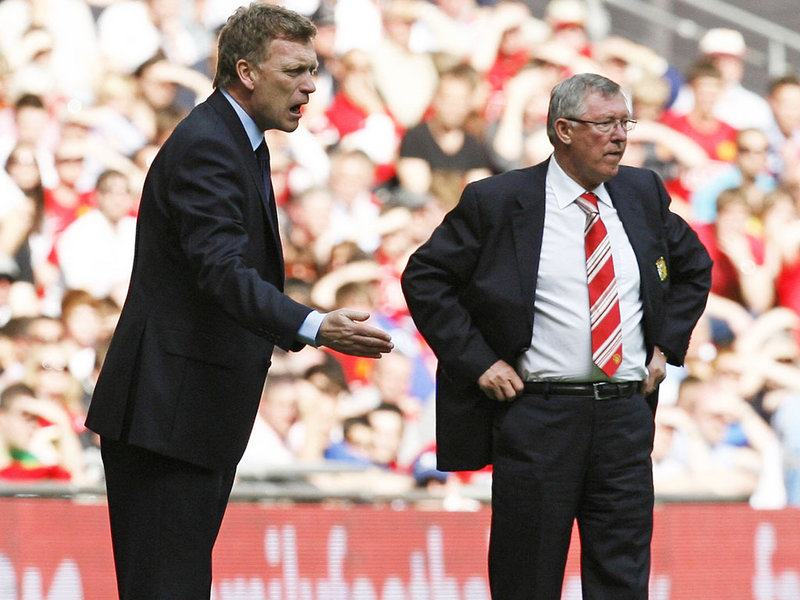 With trepidation, we accepted that David Moyes was the boss’s choice. We believed that maybe Fergie saw something in David Moyes that we didn’t. However, Moyes is on his way to breaking another unwanted record. We have equalled the worst ever total of nine losses in one season, and I’m sure ten is not far away!

On Sunday, we were humbled and humiliated by a title-chasing Liverpool at Old Trafford, who Fergie spent two decades knocking off their perch. So what does Sir Alex do now? We all know he can be stubborn old git – it’s in his nature, and what elevated him to the pantheon of the football manager’s elite, but he has choices to make very soon. Will they be the right choices for the club and the supporters?

For Ferguson to think that we could once again find a manager to add longevity to success was a chance in a million. Even Arsene Wenger, now in his seventeenth year with Arsenal, has not won a trophy since 2005. Ask any Arsenal fan if they would want the FA cup this year or the championship – I think I know the answer. Longevity and loyalty won’t necessarily bring success, so why did Fergie think that was the solution?

What we needed was to bring in a world class manager to handle the transition of this huge and successful club. Everyone knows Mourinho was available and wanted the job, or Guardiola who met with Ferguson in New York more than once, although you do wonder why he chose a finished article like Bayern when United would have been a greater challenge.

Now there is a fine manager with a wealth of international experience at club and international level who is free at the end of the World Cup and already being courted by Tottenham – Louis van Gaal. I think he would be perfect, and if he reinstated Rene Muelensteen to his coaching staff, we’d also see a marked difference in RVP and a resurgence in the whole squad. I think that also having a manager with a hard-earned reputation and experience would also enable us to bring in better players who would not want to sign for Moyes.

So what is Fergie’s choice? Admit he was wrong in choosing David Moyes (with what I’m sure were good intentions), or keep faith in a manager who has shown nothing like the tactical know-how we need if we want to get anywhere near the UCL next year and beyond.