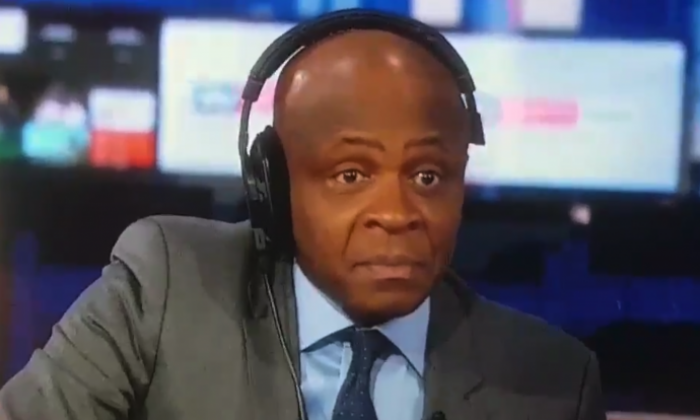 Speaking to bookmakers.co.uk, former Manchester United man, Paul Parker, has said for a football Club to operate efficiently, individuals with specific skill sets should stick to their areas of expertise – something Chief Executive, Ed Woodward, should particularly take note of.

“Every professional club has got an Ed Woodward, without a shadow of a doubt.

“You need somebody who is experienced and clever at marketing and accounting – all the sort of stuff you can’t expect a team manager to do to a maximum standard.

“But what’s different about other clubs from United is that most of them don’t have their Woodward figure getting involved in the buying and selling of players.

Giving credit where it’s due, Parker complimented Woodward on his business expertise, but stopped short of acknowledging any footballing credentials, saying that the United Executive should stay in his lane.

“Ed Woodward knows his accounting and his marketing, but the one thing he doesn’t know is football, yet he can’t accept or admit that. I get the feeling he loves speaking to all these big names in football, he thrives on it, but it’s doing the club no good on the football field.”

Parker went on to tell bookmakers.co.uk that regardless of a player’s commercial potential, Woodward should be assessing whether potential signings can deal with the responsibility of playing for one of the biggest clubs in world football.

“The one thing Woodward seems to forget when choosing a player is perhaps the most important trait – a player’s personality. Before you spend big money on a player, you have to know them inside out. Not how good a player he is or can be, not how many shirts he’ll sell. What are they like as a person? Will they be able to fit into the Manchester United dressing room?”

Sir Alex Ferguson was a master at bringing players to the club who possessed Manchester United’s DNA, but as Parker told bookmakers.co.uk, since their most successful Manager of all time left, this element of the recruitment strategy has been significantly lacking.

“That’s been the club’s biggest problem, getting in the players with the right mentality to succeed at Manchester United. These past seven or so years under Woodward’s tenure have been a nightmare, if I’m honest. He hasn’t got much right.

“I don’t know who those players might be – it’s not my job to find out who is the right fit, personally – but what I do know is that they need a central midfielder and a centre-forward. Players with energy, a football brain and improvisation – but only if they have the mental capacity to play for Manchester United.”

“For United to finish in the top four this season, they’d have to do some serious spending in January and then hope that each of those signings just so happens to hit the ground running and delivers week-in-week-out.

“But if they end up with another Alexis Sanchez on their hands, then they can forget about it.”

In his interview with bookmakers.co.uk, Parker continued to emphasise that regardless of what happened on the pitch, the fate of Manchester United as a football club will be determined by the way it operates in the boardroom.

“United’s fortunes all depend on what is happening upstairs. It’s no longer a case of what’s happening downstairs with management and the players.

“Sales is sales and marketing is marketing. But if what you’re trying to market isn’t very good, then people won’t throw money at it. I think that’s what’s happening at United right now, and they have to be very careful about how they proceed because the Asian market – where United have a lot of fans – are not the most loyal and will switch allegiance to a better team at the flick of a switch.

“If it gets to that point, then the club will find it very hard to retain this enormous global fan-base they’ve amassed throughout the Ferguson years.”