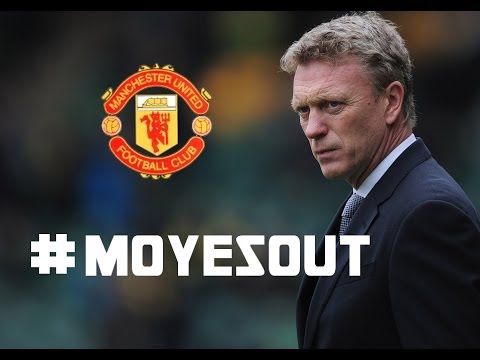 It’s been a depressing season, and it just seems to get worse by the week. Sunday was one of the lowest points as a United supporter for at least 30 years. I have personally followed United since 1959, so I’ve seen the good, the bad and the ugly.

Whilst I was always against the appointment of Moyes, and could never understand the logic, I have also wanted United to do well and prove me wrong. Of course I was desperate for us to beat the Scousers on Sunday and could not believe what unfolded before my eyes.

Many United fans have stood by Moyes these last few months but it now seems the vast majority feel enough is enough .

I was thinking this morning about the upcoming games against Olympiacos, West Ham and City – do I want United to win these games, which could well result in Moyes being given funds in the summer and then most likely leading us to another boring, sub-standard season next year, or would I prefer us to get hammered in these next 3 games and leave the Glazers with presumably no choice but to get rid of Moyes?

It might sound extreme, but I’d prefer us to get completely killed by all 3 of them, including City, if it would mean the end for Moyes. It’s our only chance to get back on track next season, so I believe a few more weeks of misery would be worthwhile.

This won’t go down well with a lot of fans, but I urge everyone that will be going to the game tomorrow night and next Tuesday against City that, whatever the score is, you chant “MOYES OUT” for the full 90 minutes.

For the sake of our club, we need him gone by the end of the season, and either Klopp, Simeone or Van Gaal to come in and get us back to where we belong!