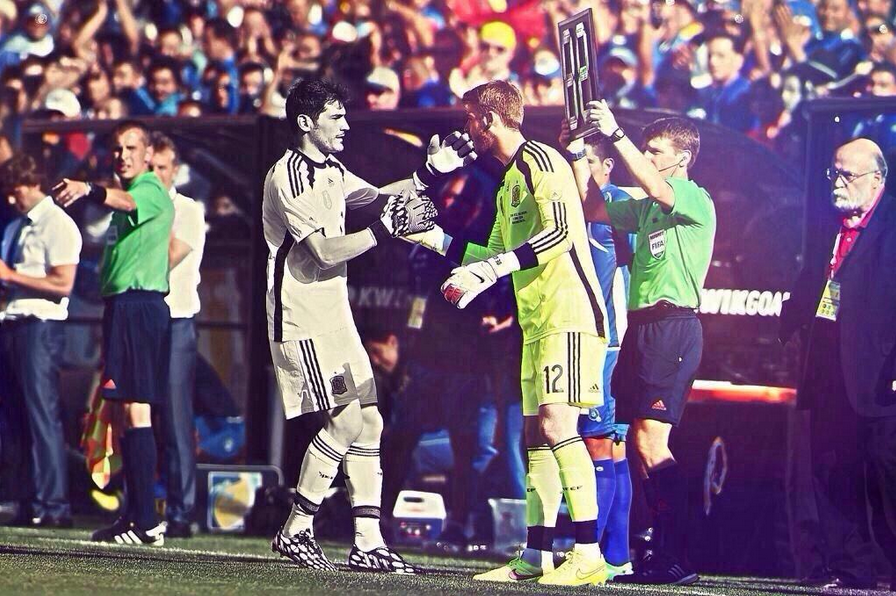 I have been reading in various papers, not least Marca, that Real Madrid are preparing a £25 million offer for David De Gea.

When Sir Alex bought De Gea, it was undoubtedly a gamble; we paid in the region of £18 million for him. But since his first fairly dodgy season, he has, with the help of various United goalkeeping coaches, been transformed into arguably one of the best keepers in the world, and it comes as little surprise that Real are starting to make noises about signing him. As always, Real are doing their business with the least class of all major clubs, using Marca as their mouthpiece.

It will most likely prove difficult for United to hold onto Spain’s number 1 should Real Madrid come calling, but hopefully LVG and his team can persuade De Gea that great things are going to happen at United over the next few years – why go to Real where the league is usually a two-horse race, Ronaldo is fast approaching 30, and we have the likes of Di Maria, Falcao and Herrera at Old Trafford.

The fee mentioned by Marca – £25 million – is surely an insult to Ed Woodward’s intelligence. He is now Spain’s first choice keeper, and, I believe, one of the top three keepers in the Premier League. If United were to go and buy one of the best rated keepers in the world, who is only 23 years old, you can bet your life savings we would be forced to pay somewhere between £40 and £50 million. So whilst I really hope that we can keep David de Gea for many years to come, if we are forced to sell him, I hope we can at least achieve a world record fee for a goalkeeper and not be taken for a ride as we so often are when we buy and sell players.

On a separate note, I sincerely hope we don’t waste money on Dani Alves, but Ron Vlaar would be an excellent January signing at £4 million, followed by Hummels in the summer!