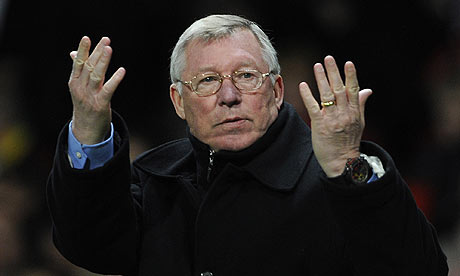 By this point in time, many of us were expecting United to be sitting top of the league with 6 points and a huge goal difference thanks to being handed two “easy games”. However, here we are lucky to have one point based on the two displays we have put in so far this season.

The news that Di Maria is about to sign is a huge relief, but I still have massive reservations as the majority of this squad do not belong in a top-4 team. In truth, the only players on show yesterday that would have any chance of starting in any of last season’s top 6 would be De Gea, Mata, Rooney and RVP. The rest would more likely find a place in Burnley’s starting 11 than Everton’s.

Let’s look at the problems as they stand right now, and in an attempt to understand how we ended up in this mess, let’s look beyond the debt to the failures in management dating back to the latter stages of Fergie’s reign.

What chance do we really think we have of beating anyone when we have to field so many mediocre players? I am going to be honest – I hope I never have to see Young, Fletcher, Cleverley or Smalling ever wear a United shirt again. I wish them well, but I don’t want to see them in our team. They are NOT GOOD ENOUGH, and if they remain in our first team we surely have to greatly lower our expectations.

Lack of Leadership in Defence

Jones at the back may yet work out, but only if we buy a leader this week in the central defence role that can be our new Vidic – what a mistake it was to let him go; a prime example of Moyes’ incompetence not just tactically but in the transfer market too.

Smalling is not good enough – no more to be said. Blackett looks promising from what we’ve seen, but he’s not ready right now to play 30-40 games this season.

Mata is an intelligent player and a great passer of the ball but has zero athleticism, and whilst Rooney and RVP are also excellent players, they don’t move the defenders and lack the pace that today’s game is so geared towards. They created no movement at all against Sunderland – they didn’t work the defenders and didn’t create any space for themselves or their teammates.

United looked like a team desperate to get some players fit again and one still needing a number of top class signings. As a United fan, watching the team play so poorly really hurts. We can no longer put these kinds of performances down as just an off day – this is the standard of most of these players, but because we are Manchester United, we just expect so much more.

Give the Glazers a Break

I read about the possibility of anti-Glazer demonstrations at the QPR game. Whilst I don’t agree with the debt, I don’t think the fans are correct to point the finger at the Glazers.

Alex Ferguson was a brilliant manager with the players he had – he made average players believe they were great, but when you look at the last 5 years, his scouting network left a lot to be desired and I believe the majority of our troubles today can be traced back over the past 5-6 years.

We also let some of the best players in world go – the likes of Tevez and Ronaldo – but replaced them with mid-table Premier League players like Young and Valencia. Would Real Madrid or Barca, or now City and Chelsea, sell superstars and replace with mediocrity, and still expect to keep winning?

Real bought Angel Di Maria 4 years ago for £20 million. We paid almost the same price at the same time for Ashley f*cking Young. Di Maria is now worth £70 million and Young maybe worth £7m – is that Glazers’ fault, or the is the scouting system to blame? Is it the Glazers who refused to play Pogba? The last 5 years at United have basically been disastrous behind the scenes – everyone knew that the world class players had either been sold or were coming towards the end of their careers (Tevez, Ronaldo, Giggs, Scholes, Rio, Vidic, Evra), but nothing was done constructively to replace World Class with World Class. Instead we have panic bought and paid way over the going rates. How can the Glazers be blamed for such poor management?