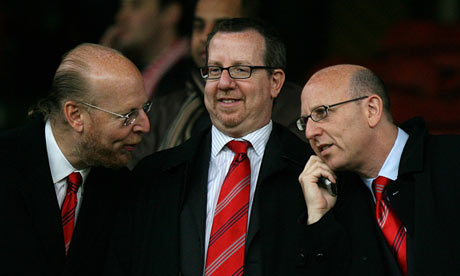 While the Greek game was probably the worst I have seen Utd play in recent memory, the Liverpool game was equally tragic with its abject lack of spirit, creativity and ability. Other than De Gea, who was blameless for all 3 goals, I cannot think of a single Utd player who played anything close to their ability.

Some of our performances are due to SAF’s inability or unwillingness to purchase the right players over the past few years, and some of it is due to Moyes’ style and current inability to motivate the players.

Whoever is in charge of Utd next season, we will have a difficult job as half the back 4 (at least), 2 midfielders, 2 wingers and probably 2 new strikers are needed.

RVP has lost his ability to score the kind of goals he has done for past 2-3 seasons, he’s getting old, and he’s injury prone. Last year RVP had a Suarez-type season when everything went right, without having to take a bite out of an opposing player. Mata and Rooney play in the same position when RVP plays. None of the wingers Utd have recently bought (Bebe, Ashley Young, Tony V, Zaha) can or should play for Utd, and Moyes has lost confidence in Nani, as have many Utd supporters. The fact that Januzaj is now considered indispensable tells us a lot about the quality of our attack. Cheech is still one of the world’s best impact players, but he cannot deal with the rigors of the PL on a daily out basis, and will probably seek European pastures next season where the pace and physicality is not so demanding.

In midfield, Anderson has gone, Cleverley is not a Utd player, Fletcher is apparently still dogged by his lay off, Kagawa is surplus to requirements now that we have Mata, Carrick is coming to the end of his career and Giggs is virtually a non-factor. Fellaini has been a terrible disappointment but is likely to stay. He has shown some signs of improvement over the last few games, and started creeping further forward, which is something he did quite successfully at Everton, and is doing for Belgium.

We need to buy Luke Shaw for the future (if he wants to come and play for us) and TWO central defenders. Smalling, Jones and Evans may be good squad players (certainly Jones), but they cannot be classed as top central defenders at the moment, if ever. We’ve talked about Evra leaving for 3 years and Rafa, for all his attacking abilities, continues to lose concentration and make costly mistakes (remember Bayern?). It may be time for him to move on.

The only players I would definitely keep would be De Gea, Jones, Januzaj, Rooney, Welbeck (and Mata and Fellaini as we need to give them more time and don’t want to sell at a big loss).

How we will attract top quality players with no SAF and no CL remains to be seen. We will need to outbid and outpay our rivals to obtain them, which seems unlikely, given the current ownership.

We will need to rebuild virtually the whole team, something which will take a minimum of 2-3 years, if we are lucky. Rodgers has done a tremendous job with Liverpool and it will take a Rodgers-type manager to achieve this, as well as patience from the supporters.

We seem to have 2 choices. Either we give Moyes a chance to build his own team and entrust him with at least £150M of funds, or cut our losses, get a caretaker (Giggs?) to take over until end of season and actively pursue a new manager promising him substantial funds. We still have the name and aura to attract a top name, but who is available who has CL pedigree, can attract top players and is willing to live in the North West of England, as opposed to Paris, Madrid, Barcelona, Milan or London? Benitez has the pedigree but the thought of him managing Utd (even on a temporary basis) is stomach-churning. Blanc and Martinez are possible candidates. The former knows OT, is a favorite of SAF, has managed France and has done a creditable job for Monaco with the sizeable funds at his disposal. The latter is a class act, who plays attractive football but has no CL experience. Since we will not be in the CL next year, CL experience is not essential at this stage. We need to get there first. Hard to see us poaching another Everton manager, especially one as loyal as Martinez. So who do we get that will be a substantial improvement on Moyes and not change us into a foreign team like Arsenal or Man City?

I expect us to be knocked out by the Greeks on Wednesday, although we may make it a nail-biter. Even if we win, the likes of Barca, Real, Atletico, Bayern, PSG or  Chelsea await us – a very daunting and possibly embarrassing outcome. In the year of the improbable, we can only dream of the impossible.

We need to be positive in this difficult season, as never, in the history of mankind, has success lasted forever. The Glazers are shrewd businessmen, and realize that to preserve their substantial asset, they will either have to invest significantly or sell now to a hopefully philanthropic billionaire, at a considerable profit. I just hope that if that hypothetical billionaire ever turns up, he doesn’t want to change the color of our shirts, the name of the team or the name of the stadium for marketing purposes. How many British billionaires are there who would want to buy Utd? Do we want another passive American like Glazier, an active one like Liverpool previously and disastrously had, another Sheikh in Manchester, a Russian or Ukranian oligarch or a chicken magnate from Central Asia? There are not limitless possibilities for new ownership with the financial wherewithal and willingness to invest huge personal sums a la Jack from his Blackburn days. Look what happened to Blackburn after Jack left.

The true strength of a supporter is to handle failure – something we have not experienced for over 20 years. While we need to be critical of our team, manager and owners, we need to do so in a constructive, professional and respectful manner and not personalize our disappointments over the past several months. The joy of Busby lifting the European Cup in 1968, 10 years after Munich, or SAF winning it again 30 years later, cannot be replicated. However, I am sure we will be back at the top, sooner than you think.