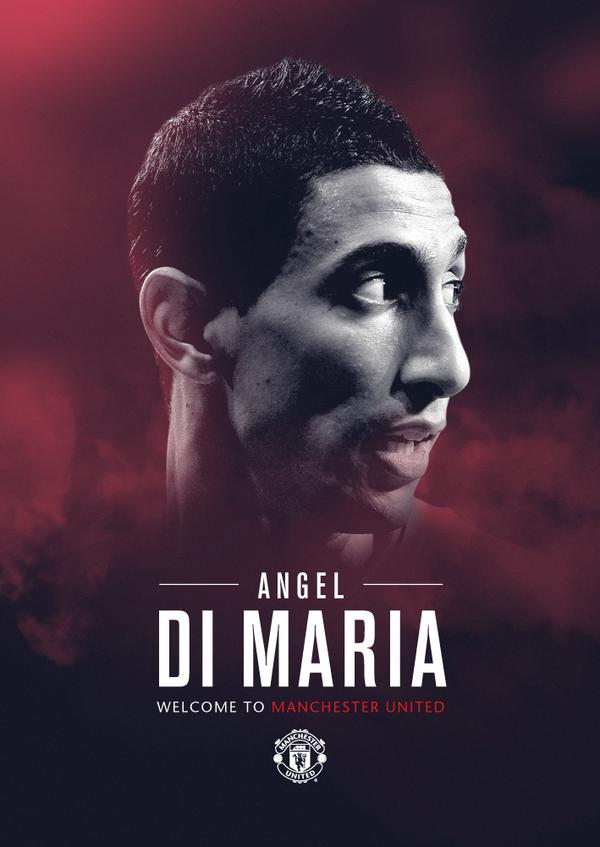 Yesterday, Angel Di Maria arrived at a private Manchester airstrip on a private jet to complete a mammoth £60m transfer and sign a contract worth a reputed £190k a week.

It’s a long way from Duncan Edwards riding the bus to Old Trafford, chatting with the locals along the way. How times have changed.

It feels strange to me, as a lifelong supporter, to see our ethos thrown out of the window (pun intended!) In our best years, the team was built on youth, the Busby Babes and the magnificent Class of ’92. Fergie complemented their talents by sprinkling the team with experience and guile. He picked up some incredible bargains over the years… Cantona, Sheringham, Solskjær, Irwin, Schmeichel, and a few more quid bought us Cole, Yorke, Ferdinand and Keane. All gelled and became essential component’s in SAF’s well-oiled machine.

There were mistakes of course – Fergie and his scouting team were not blameless, bringing in the likes of Veron, Poborsky, Kleberson, Bellion, Bebe etc., but in general, we bought well to create the magic brew that dominated for twenty-odd years.

So, the window is about to close, and how do our new signings look?

The burning question has to be, will van Gaal persist with this 3-5-2 formation when it is clear we do not have the defensive or wing back experience and strength required, and where will Di Maria fit in? Einstein said that insanity means doing the same thing over and over again and expecting different results.

It also look like the Vidal deal could be on again, with a £34m pound bid. As yet, we have made no progress recouping some of the vast amount we are spending on transfers…

And who will pay top dollar for Welbeck, Young, Kagawa, Fellaini, Cleverley and Hernandez if they are to be offloaded?

It’s likely that Di Maria will wear the number 7 shirt. Hopefully he can wear it with pride, and show the spirit and skill shown by its previous owners (with the obvious exception of Tony V).

Will Di Maria add the spark we need? Will he breathe new life into the lumbering giant that has so far stuttered through the season’s opening games? It’s almost like the shadow of Moyes looms large over our players, and we must get our confidence back.

There were signs of a new Manchester United in the pre-season games but somehow, as soon as the Premier League kicked off, we shrank back into our shells.We’re off to Burnley on Saturday, and we don’t need reminding the last time we played there in 2009 we lost 1-0. Maybe our angel of mercy will guide us to our first victory of the season before we fall too far behind the running pack.