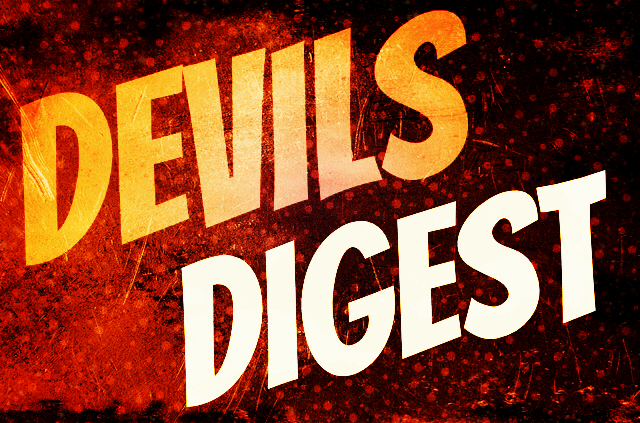 It’s been a week of mixed emotions for United fans.

Relief the season’s nearly over. Gratitude and grief for the departed Nemanja Vidic. Excitement about the Class of ‘14. Uncertainty about Giggsy’s future. Anticipation of the surely inevitable unveiling of Van Gaal. And early hints of optimism about the 2014/15 campaign.

Ahead of tomorrow’s final game against Southampton, I’ve picked out 4 excellent highlights from the United content I’ve been consuming over the last week.

@Jai_B posted a fantastically detailed analysis of Van Gaal’s tactics on Spurs blog The Fighting Cock back in March, when it looked like LVG might be on his way to White Hart Lane. His post draws on slides prepared by Van Gaal during his time at Barcelona, and offers a great insight into his tactical philosophy.

Calling Time on Tiki-Taka: Are the Post-Mortems Premature?

After Bayern’s 4-0 defeat at home to Real Madrid in the Champions League semi-final second leg, the knives were out for Guardiola and his dogmatic dedication to possession-as-power.

Guardiola’s response? Bayern failed because they didn’t have possession enough (they had 69%!) “I can’t change what I feel and what I feel is that we must play with the ball,” Pep said.

After taking some time to reflect, Thomas Hallet, writing on Football Fan Cast, denied that tiki-taka was dead, and claimed Man Utd “would love it at Old Trafford.”

Shaw v Evra: How Do They Compare?

Paul Ansorge (@UtdRantCast) can always be relied on for good, research-led reading on United, and his Luke Shaw v Patrice Evra comparison for Bleacher Report is no exception, although he’s the first to admit this particular piece “requires a combination of analysis and speculation.”

Overall, he paints a picture of players with many technical and physical parallels, but suggests that to replace Evra long-term, Shaw needs to replicate the mindset that has made Paddy such a success.

Mata Talks About His ‘Surreal’ Journey to United

The Guardian’s @sidlowe recently interviewed Juan Mata. As usual, the Spaniard comes across as thoughtful, intelligent, and an all-round class act.

He reveals that Giggs was his idol in England as a kid, and speaks without any bitterness about his time on the bench under Mourinho. As for next season, he agrees that being out of Europe could be a blessing, but stresses “we have to demonstrate that the club has not lost its essence, its mentality or its competitiveness, that Manchester United has not lost its identity.”

Have you spotted any great United content recently that you want to share? Drop us a link in the comments!