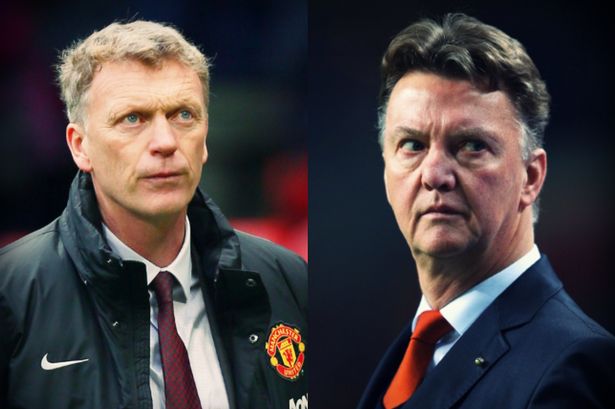 I don’t believe there was a United fan on the planet who wasn’t excited for the new season to start. We looked really good in pre-season, and whilst friendlies are a very different affair, we played some attractive and exciting football.

Following the US tour, United returned home to Old Trafford and laboured a boring win over Valencia, and yesterday we looked just like the same United as 5-6 months ago; predictable and not at all easy on the eye.

I personally slaughtered Moyes from the day he was appointed as our new manager, and I have absolutely no regrets about him being sacked, but seeing United play so poorly against Swansea is extremely worrying, and immediately invites people to question whether we got the right man in LVG. What seems obvious is that Ed Woodward is out of his depth, just like Moyes was.

Surely Van Gaal has had transfer targets of his own these last few weeks, and his comments about giving the players a chance was most likely to keep the media off of his back for a while longer, but it’s looking increasingly like the wonderful Mr Ed has failed to deliver yet again.

Luke Shaw and Herrera will most likely prove to be good signings, but let’s be honest here; no one else was willing to pay that price for Shaw, and pay those wages for a 19-year-old. As for Herrera – he looked good in pre-season, but didn’t even make the Spanish squad for the World Cup, so one has to question whether any other club would have been willing to pay close to £30 million for his signature. Neither of these players were due to play Champions League football this season, so with a huge increase in wages, they both saw it as a massive step up to come to Man Utd.

Writing for the Evening Standard on Friday, Paul Scholes discussed United’s failings in the transfer market, focusing on the midfield:

“The problem for United when it comes to challenging for the title this season is that to my mind they have not signed enough players to change the squad radically to win the League. Fabregas and Kroos were the two names that I believe could have made a significant difference. Both have gone elsewhere.

Let’s be realistic – they have both gone to what you would have to say are better teams right now, with far better chances of winning major honours than if they had signed for United.

I read things like Di Maria may sign for United as a last resort – is that how far we have fallen; top players signing for our great club as a last resort? In my mind, Moyes is the biggest reason our club has taken this terrible tumble.

I still have great hopes for LVG, and no way am I ready to blast him after just one competitive game, but he needs to get it right fast, and we need to realistically take at least 13 points from our next 5 games to be in the hunt for a top 4 finish.

If LVG and Woodward don’t deliver some real quality players in the next 10-14 days, I think we can all forget finishing in the top 4, as our current crop are nowhere near good enough, whoever is in charge.

We need a star signing to lift the mood for all the players. Di Maria could just be that signing, and if we need to pay £55 or £60 million to get him, we should, as not only is he a top top player, he will give the place a $50 million lift. We are desperate for at least 2 world class defenders, and as we’ve all known for years, a midfield enforcer is an absolute must.

One thing that was obvious yesterday was why Mata was not a Mourinho favourite. The first goal conceded was 100% his fault – he was tracking back and sticking with the eventual scorer until he lazily drifted away, and Ki Sung-yueng found himself totally free on the edge of the box. This is basic schoolboy stuff, and LVG has to sort that out as laziness is not a luxury we can afford. Mata’s good, but not good enough to excuse moments like that.

In a nutshell, United need get the cheque book out this week. We need to spend £150 million to have a real chance of a top 4 finish, and hopefully we can recoup some of that by selling some of the players that should never wear the shirt again – the likes of Fellaini, Anderson and Nani. Come on United – we can get over not being in the Champions League for one season, but should that stretch to two, then I am afraid to say the end of an era has surely come. Let’s all hope that’s not the case.