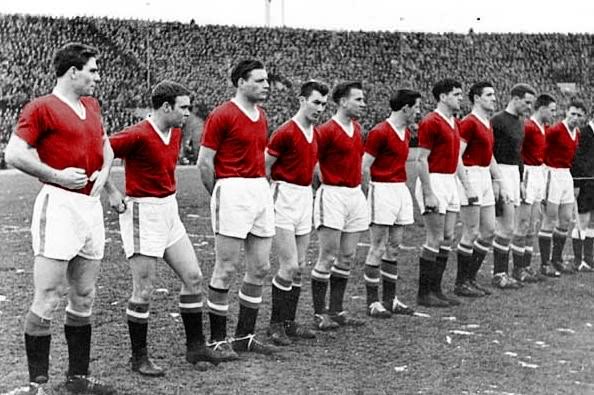 56 years ago on Thursday, the Flowers of Manchester lost their bloom in the frozen wastes of a Munich airfield. Twenty three died, eight being the pride of Manchester’s Busbys Babes; a team of youth and talent not seen in generations, that were set to take Europe by storm.

These players were bound by the values of entertainment, style and hard work. They were local lads who were not motivated by greed or fame; they just wanted to play for Manchester United. There were no agents, no third-party ownerships and no multi-million buy-out clauses in their contracts, if they even had contracts at all.

One of its greatest beacons, Duncan Edwards, who fought for his life for two weeks before succumbing to his injuries, embodied the fighting spirit of Manchester United. A defensive midfielder who Sir Stanley Mathews described as “a rock in a raging sea.” Oh how we could do with him now!

As we pay homage to those wonderful, talented players who lost their lives so cruelly before their lights could shine as brightly as they seemed destined to, it is time for the present players to take a step back and soak up the history of this great club.

It is reported that Giggs and Gary Neville are investing in Salford City Football Club to find and nurture local talent. I wish them well. If they could find another Edwards, Coleman, Byrne, Taylor or even a Sir Bobby, it will be job well done.

There has not been much joy so far this season and we’ve little to play for, so this team owe it to the memory of those lost boys to show some of that belligerence and style that the Busby Babes were famous for.

You owe your forbears that much!