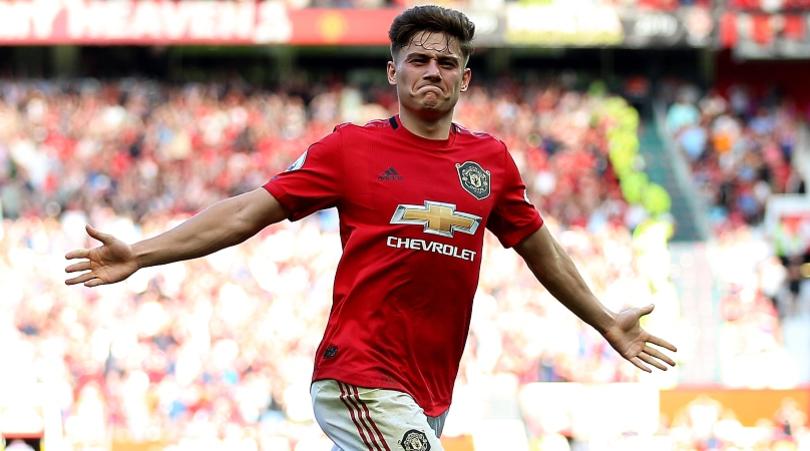 There are very few reasons if any to laud Manchester United’s start to the 2019/20 campaign as a success. Just one win, five points from twelve, and a humiliating home defeat to Crystal Palace made up a dreadful opening month for the Red Devils. However, there has been one shining light amongst the growing despair – his name: Daniel James.

Will James be the Bargain of the Season?

The Welsh teenager has started life at Manchester United in impressive style, scoring in three out of his first four games in United red, with the last of those (in a 1-1 draw at Southampton) being an absolute peach. It speaks volumes that he has already shown more gumption than Alexis Sanchez or Paul Pogba have done from similar positions in their United careers, despite both men commanding very sizeable wage packages.

It hardly needs further elaboration that James is going to be massive over the coming year. Unlike many other Premier League newcomers from this summer, James has adapted to the pace of the Premier League without a hitch, and he is undoubtedly well on course to become the most cost-effective player of the 2019/20 Premier League season altogether.

However, if James wants to fully justify his standing as bargain of the 2019/20 season at the end of it, it may be necessary for him to have a much more tangible form of recognition, other than biased fan forums and the opinion of social media users.

In that regard, the PFA Young Player of the Year award would be the way to go, but he will have some stern competition. Over at a largely-broken Chelsea outfit, Tammy Abraham and Mason Mount are still standing out for their high workrate and tenacity, while Trent-Alexander Arnold (of Liverpool) is proving more unplayable than ever for his opponents.

Even further down the projected league table, which can be visualised by those that take a look at current Premier League outrights, young players like James Maddison and Harvey Barnes (of Leicester City), Todd Cantwell (Norwich City), Harry Wilson (AFC Bournemouth) and Oliver McBurnie (Sheffield United) have all made strong starts to 2019/20. Indeed, any significant overachievement from those clubs, such as a top-six finish at United’s expense, could easily swing the running firmly against James.

Assuming no major spells of absence from here, James’ contention for the club’s Player of the Year award already looks strong at any rate. At Manchester United, the elements that constitute contendership for such an accolade have shifted. These days, it is the man who stabilises Manchester United on the field, that will be in contention for the award, rather than an outright goal machine.

That is not to say James cannot challenge the likes of Marcus Rashford, Anthony Martial and Jesse Lingard for the club’s top scorer award. Speaking of goals, James is already being compared to former club legends who have played wide as youths, with a view to developing as a support striker over time.

Ryan Giggs, naturally, is the man most United fans will leap to as an example of such a player. Back in the early 1990s, the idea of an advanced winger occasionally acting as a striker was a relatively new one, at a time when most clubs stuck religiously to the idea of a two-man strike partnership with a high degree of aerial prowess at the end of yet another punted long-ball.

Giggs’ breakout 1991/92 season set the gears of change in motion, and while attack-minded wingers are now commonplace, vision remains the factor that makes all the difference. James has that in abundance, and in drawing upon the Fantasy Premier League’s less-noticed criteria of greatness, such a feeling appears justified.

Significantly, ahead of United’s fifth league game of the season, James stood at #7 in the ‘ICT Index’ of those classified as midfielders, with the index merging ‘Influence’, ‘Creativity’ and ‘Threat’ into one metric. He was miles ahead of Paul Pogba in that list, and also lay third in the standalone ‘Threat’ index, with his perceived danger to the opposition inferior only to two established title contenders, namely Mo Salah and Raheem Sterling.

‘Creativity’ and ‘threat’ were most certainly words that became synonymous with Ryan Giggs in his pomp, especially during United’s run to the treble in 1998/99.

Going slightly further back, James has also drawn comparisons with Bryan Robson, given first light by his box-to-box antics in a summer friendly versus Leeds United.

James possesses that same quickness on the ball, and the all-round stamina that has done much to ease his transition from EFL Championship to Premier League. While James does not perform defensive duties to the same degree as Robson, doing so should not be necessary in any case, such was the investment in defensive talent at United this summer.

Indeed, if James’ attacking prowess can force opponents to drop just those few yards deeper, then he is defending in-essence, as the United defence will have more time to react to any changeovers in possession. This fully validates comparisons to Robson, albeit in a more intricate and subtle way.

Having taken his first Wales cap last year, James still has much greater familiarity with the other shade of red in his life. This will be important when it comes to him maintaining momentum for his club duties, and remaining as a ‘bargain player’ in the eyes of the Old Trafford faithful and the media alike.

As the manager of the Welsh national team, and the man who set the bar for players in James’ position for an entire generation, it is the duty of Ryan Giggs himself to teach James a few of his own tricks. While only micro-elements of play on top of the attacking winger’s usual basics, they gave Giggs a competitive edge back in the day, and they could well do the same for James.

In real terms, United would be just one point worse off than they are now but for the efforts of a Giggs-inspired James. Yet, in today’s reactionary top-flight culture, Solskjaer’s job would be in far greater jeopardy, had the Red Devils gone into the September international break on the back of a crushing defeat to Southampton, rather than a disappointing draw.

Right now, James needs stability above all else to flourish and develop. Anypotential premature sacking of Solskjaer would put that in jeopardy, along with James’ growing status as the next great bargain. After all, it is very difficult to envisage an elitist replacement from the continent giving James the amount of time his early showings warrant.