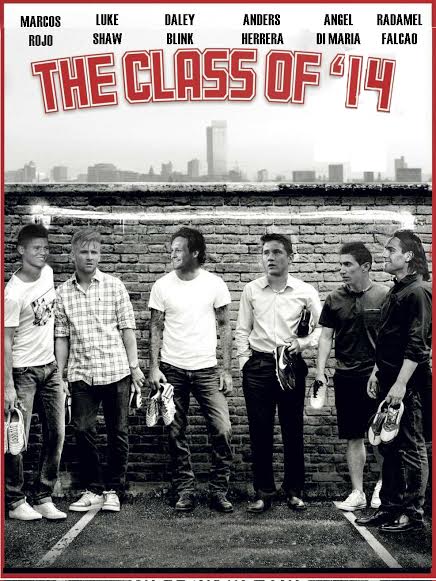 As I sit on the plane back to LA after a brief visit to the UK, I have just watched for Class of 92 for the third or fourth time.

Every time I watch it, I’m reminded of just what an amazing time that was. What they achieved was something quite extraordinary. These were 6 great lads, all of them local apart from Becks, who not only had incredible talent but who also supported and loved Manchester United.

Reflecting on all those last minute goals makes you wonder how much was down to the red-blooded devotion of the players who came through the ranks.

Will it ever happen again? Unfortunately, thanks to Chelsea, City, and the hypercapitalist nature of the modern game, it’s extremely unlikely.

So to 2014… United are becoming more like Real Madrid by the minute, and whilst I’m incredibly excited to witness Di Maria and Falcao wearing the famous red shirts with numbers 7 and 9 on their backs, I can’t help but lament the fact that so many of our homegrown players are surplus to requirements.

Early on, Van Gaal insisted that all players communicate in English, but the dressing room will have an emphatically Hispanic twang this season; a stark contrast to those broad Manchester accents of only a few years ago.

And would these players all be at our club if it wasn’t for those huge wage packets every week? 1-0 down at home to Liverpool with 4 minutes to go, will these same players give everything they have to avoid defeat? Will they understand what it means to lose at home to Liverpool or City? One can only hope that with Giggsy there alongside LVG, our new breed will understand what it really means to play for Manchester United, and what these games and results mean to millions of us around the world.

I am sure all United fans were somewhat saddened to see Danny Welbeck move to Arsenal this week, not because we feel we are necessarily losing a top player, but because we are losing a lad who was United through and through, and selling him to one of our main rivals.

You can’t help but laugh at the fact that, for the previous 12 months, Danny wasn’t considered by all the ABUs to be good enough to play for England, yet Arsenal fans are now applauding Wenger for a great piece of business. Make your minds up guys.

Personally, I don’t think we will miss Danny on the pitch, and with Falcao we have one of the best strikers in the world. However, with RVP very prone to injury and now 31, and Rooney seemingly struggling to hit form at 29, we must question whether it was wise to sell a 23-year-old English player that will always give 100% to the cause. To be fair to Danny, he had never really been played as a striker for any run of games.