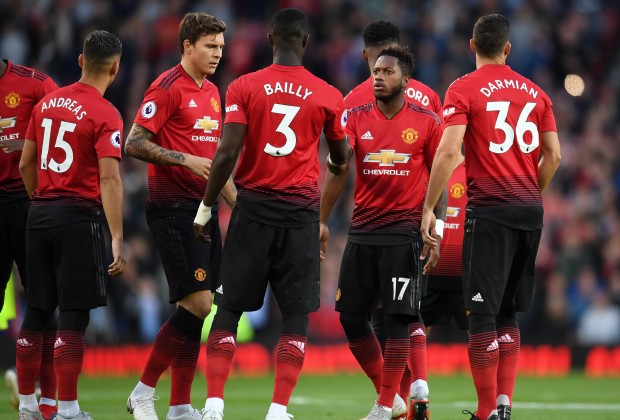 Jose Mourinho will be hoping 13 is his lucky number when his Manchester United side kick off their FA Cup campaign in the New Year.

The United boss has won 12 cup competitions in his career as a manager and narrowly missed out on a 13th at Wembley last season when his United side was beaten 1-0 by Chelsea.

A 22nd-minute Eden Hazard penalty proved the difference between the two sides in a game that saw United’s big stars fail to hit the high notes in a big showpiece final.

Despite a below-par team performance, Mourinho refused to accept that his side was second-best on the day, saying: “I think we were the best team, but that is football.”

Mourinho accused Chelsea of parking the bus in the final and said: “I congratulate them but I don’t think they deserved to win.

Last season was one of frustration for United, who finished second to cross-town rivals Manchester City in the Premier League and runners-up in the FA Cup as they failed to capture any silverware.

And, with question marks still hanging over the Mourinho reign at Old Trafford, the United boss will be keen to finish the season with at least one trophy.

The FA Cup would, on paper at least, appear the Red Devils’ best shot, especially after Mourinho’s men came so close last season.

Mourinho’s stellar managerial record shows that he has captured the domestic league title and the biggest domestic cup competition for each of the big clubs he has managed.

The Portuguese boss completed a Primera Liga/Taca de Portugal league and cup double with FC Porto in 2002/03 and repeated the feat with a Scudetto/Coppa Italia double in 2009/10 at Internazionale in Italy.

In between, he captured three Premier League titles and one FA Cup with Chelsea.

But “The Special One” has yet to win either the Premier League or the FA Cup for United and, with the title looking out of reach for another year, the FA Cup may offer the best opportunity for silverware celebrations at Old Trafford this season.

United are still in with a shout of progression in the UEFA Champions League but, with the club not possessing the defensive solidity at the back and the firepower up front of some of the other big guns in the competition, success in the competition seems unlikely.

But the FA Cup could be the perfect competition to get the United train back on the rails and give them their first silverware since the 2016/17 season.

United and the rest of the Premier League big guns will enter the competition at the Third Round stage, on the weekend of January 5 2019.