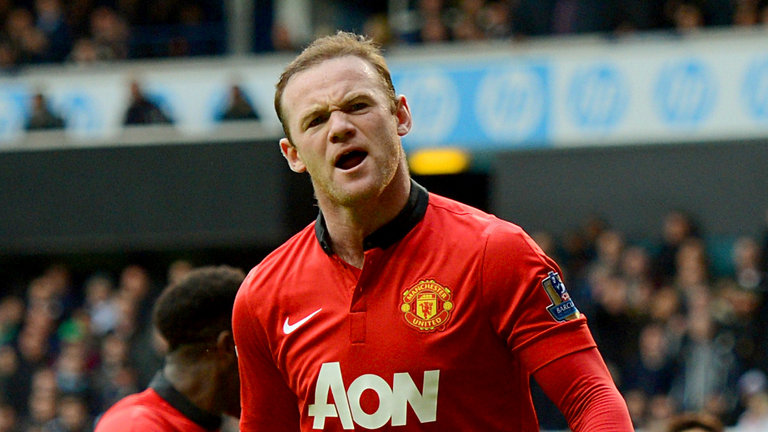 It seems that United are finally relenting and about to offer Wayne Rooney £300,000+ per week, keeping him informed on future transfer plans and handing him the captain’s armband. With Evra and Vidic coming to the end of their tenure, and with Rooney the only player showing real leadership on the pitch, it is a wise decision to make him our new captain.

Some might say that no one player is bigger than the club, but for Wayne, we must make an exception. He is also one of the only players who took on Fergie and won, which shows a fighting spirit for a team he loves, as he could have easily gone by now.

If we can get Rooney to end his career at Old Trafford, he will most certainly break Bobby Charlton’s goal scoring record (249 in all competitions), and become one of the club’s greatest legends. Currently on 207, he is just 42 behind, with three or four seasons ahead of him at least. Next season will see his testimonial year, along with a financial bonus he deserves for the decade of joy he has brought us.

This season – he worst in over two decades – Rooney has proved that the team is barely above average when he’s not playing. He’s a monster in defence, tireless in midfield, and a dangerous striker in the box.

He has the vision of a Scholes, the anger and determination of a Keane and the predatory instincts of a Van Nistelrooy.

I hope we can keep Wayne to captain the team and pull the rest of the players up by their hair. If he leaves in the summer, we won’t be losing one player but three in my opinion, so give him what he wants. He’s worth every penny the fans give to the club, and it’s the supporters that matter at the end of the day.