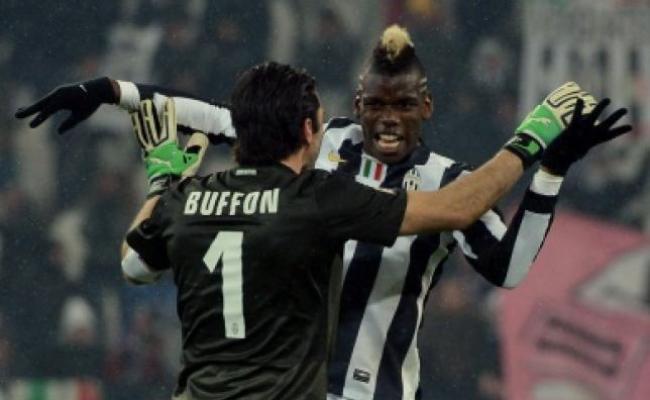 Buffon claims that whilst he didn’t know anything about the 18 year old when he first joined Juve, after 3 training sessions he said it was so obvious that this boy was something “very special” and that they must be blind in Manchester!

“He is one of those players that leaves you open-mouthed,” said the veteran Juve keeper.

It’s now been reported that United are willing to pay £40 million for a player we let go 2 years ago for free, but he has a bitter taste in his mouth about Manchester United and will refuse to return.

I hope the first part of that sentence is correct and the second is wrong, as he is exactly the player we need, even if it is criminal to have to fork out 40 million quid for a player that, for a couple of million and a couple of games, would have been very happy to have signed a new contract 2 years ago.

I have written a few times already about Pogba and my disbelief that the manager and the club allowed this to happen – it amazes me every day that we had one the world’s best players pretty much booted out of the club.

Do you think we’ll ever see Pogba back in United colours? Share your thoughts in the comments section below!