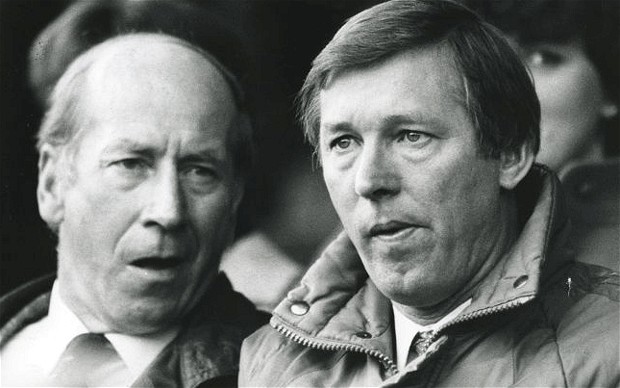 Finally, someone from United has come out and been honest about the massive error of judgement the club made when Fergie stepped down.

Sir Bobby Charlton spoke yesterday to the press on the USA tour, and admitted that certain people at United had made mistakes last season.

Whilst I feel it’s fair of Sir Bobby to come out and say that, I don’t think it gives the full picture of what really happened for Moyes’ appointment. The two people who were determined to bring Moyes to United were in fact Sir Bobby and Sir Alex, so if Charlton was to be a little more honest about this, maybe he would hold his hands up and admit it was a HUGE blunder on the part of the two United knights.

I will make this my last rant about David Moyes, but it still astonishes me that anyone at United, especially those two greats, could have possibly envisioned that a loser was the right man to take over the biggest club in the world, to replace the most successful manager in English football history. What were they smoking?! Even those who don’t follow football could see this was a huge mistake. It was clear that he was drowning from the day he went over to Fergie’s house and was TOLD he was going to be the next United manager.

It’s only been a few weeks, but what a difference Van Gaal has made. There is a good feeling about United right now, with confidence oozing out of the club again just compared to 12 months ago when we were losing pre-season games to the Thai All-Star XI and Yokohama F. Marinos, playing as if the players had just met each other, and a manager complaining about our fixtures.

Sir Bobby has been honest, but he’s only told half the story. With the size of the error, he and even Sir Alex should be somewhat thankful that the Glazers seem to be loyal and decent people, as if the same mistake was made at the noisy neighbors, those directors might not be so lucky, and find themselves sat behind the goal rather than the comforts of the directors’ box.

Of course Sirs Alex and Bobby have served our club immensely, both in completely different ways – we will all be forever grateful, especially to Sir Alex, but I am glad we now have a very strong manager with a proven track record and personality who will not be influenced or intimidated by predecessors or former great players of our club. It’s time to completely move on, remember all the fantastic years under Fergie, forget the nightmare of Moyes, and enjoy a new beginning under Louis Van Gaal and Ryan Giggs.