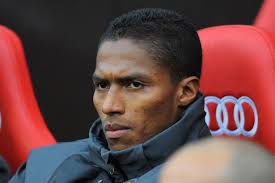 He is strong, hard working, fast and can play a defensive roll at right back when required. So why can’t he cross a ball? He used to be quite effective, however, in the last two seasons, he seems to have lost that final pass. Can’t blame his shirt number this season!

I shudder to think how many goals we could have scored today if Valencia’s crossing was precise enough to find their targets. How frustrating for Rooney, Welbeck, Januzaj, Cleverly, Jones et all who all make runs to receive the perfect pass, yet fail to score due to over hit passes, poor attempts at shooting or just blocked by the defenders who know he only has a right foot.

Come on Tony, you have a blessed position in the team, it’s time to make good on the wing as even Rafael shows you how to cross into the danger area. I sometimes wonder if they shouldn’t swap position!

For me, the only sour note in the match was Adnan’s theatrical diving which earned him a deserved booking. I hope he doesn’t share a room with Young and Moyes needs to get a grip of the young lad and make him stop, it’s not what United are about.

Rooney, again having to play a deeper roll, was immense today with another workhorse performance, even clearing off the line after a West Ham corner and shows what we are missing by not having a creative midfielder. This situation must surely be the priority in January at whatever cost. Problem is, who is better than him at the moment in that role?

Good three goals today, all well taken but could have been more. The confidence and swagger is returning and should McCartney be on the field for that horrible, cowardly tackle on Hernandez?

Up to seventh, slowly, slowly we progress.

3 thoughts on “What is up with Antonio?”