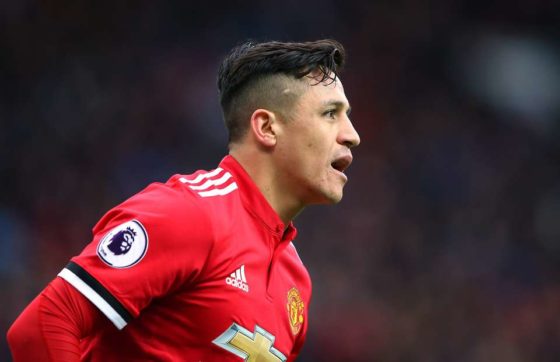 Alexis Sanchez is a Manchester United player. The Red Devils confirmed that Sanchez, regarded as one of the Premier League’s top talents, signed for the club midway through the transfer window, with Henrikh Mkhitaryan heading in the opposite direction. Ultimately, United are the real winners in this trade; Sanchez may be 29 years old but he has the quality to fire Jose Mourinho’s side back to the top of English football.

Most United fans wanted Mkhitaryan to succeed but the former Borussia Dortmund man was too hit and miss. Reliability and consistency is required to shine at Old Trafford and it sadly did not work out for the Armenia star. But that was then and this is now; United fans are preparing for a new beginning with Sanchez wearing the legendary number seven shirt.

According to the official Premier League website, Sanchez has scored 60 goals and recorded 25 assists in 122 top-flight appearances. During that period, the Chile hero was pivotal in Arsenal’s two FA Cup triumphs and Red Devils fans will be expecting big things from Sanchez. He enjoyed a solid start to life at United, assisting two goals in the 4-0 win away at Yeovil Town in the FA Cup fourth round.

It looks like the title is heading over to the blue side of Manchester but Sanchez’s arrival at United can be the catalyst for future success. The Red Devils, facing a favourable fifth-round clash away at either Huddersfield Town or Birmingham City in the fifth round of the FA Cup, could focus on England’s oldest club competition in a bid to secure major honours for the second season in a row.

At the time of writing, United are still sitting pretty in second spot – three points ahead of Chelsea and Liverpool. The Red Devils, a 1/10 shot in bet365’s Premier League betting odds to finish in the Champions League positions this campaign, will need Sanchez to hit top form in order to challenge for glory. With Zlatan Ibrahimovic struggling to get back to full fitness, Mourinho will expect Sanchez and co to step up.

Perhaps most importantly of all, Anthony Martial and Marcus Rashford can learn a lot from Sanchez – both on and off the football pitch. United’s younger players will come on leaps and bounds if Sanchez is able to share his words of wisdom. The difference between a good player and a great player can come down to mentality and Sanchez will be fully focused on propelling United to the top of English football.

Alexis Sanchez isn’t going to be the face of Manchester United for the next decade but he can lead the Red Devils to the title in the near future. The Chile star has been criticised after opting for United over City but if you look at the history and prestige of both clubs, it was an easy decision. It is hard to look past Pep Guardiola’s side this season but Sanchez and co are well placed to win the title next campaign.