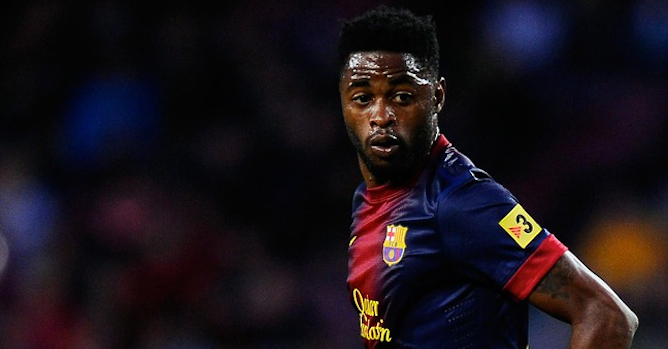 This weekend, we welcome Juan Mata to United after Moyes smashed the club record transfer fee. Whilst it is a step in the right direction to sign a world class player like Mata, I think all United fans must feel that, based on what we have seen so far under Moyes, it’s unlikely that Mata will shoot us into the top 4 on his own.

And let’s face it, that’s all we have to play for this season – we have as much chance of winning the Champions League as Stevenage do of winning the FA Cup.

It is getting very close to the end of the window, and why United have not made earlier buys is a little baffling. Of course, we only want players that will improve us as a team and are available at a fair price, but we still haven’t addressed the blatant need for a top defensive midfielder.

Alex Song is surely available from Barcelona – he is not getting regular starts, but is a proven player in the Premier League, and I would think he would be available in the region of £15 million, which is less than half the cost of not qualifying for next year’s Champions League.

Song is only 26 years old, so just reaching his best, and the defence is desperate for a player of his ability to protect them, break up the opposition’s play, and pass the ball with accuracy.

I could see United lining up for the remainder of the season with:

That would be a pretty strong team, and only 3 of them over the age of 26, with plenty of youth and experience on the bench. If we then look at the summer to bring in a world class central defender, Luke Shaw to replace Evra, maybe Reus and a world class striker, we would then have a squad to challenge on all fronts again, and it would be very much down to Moyes to show that he can manage us to success.

I believe the next move this week should be for Alex Song. I feel he could be the difference between top 4 and potential mid-table wilderness for a while.