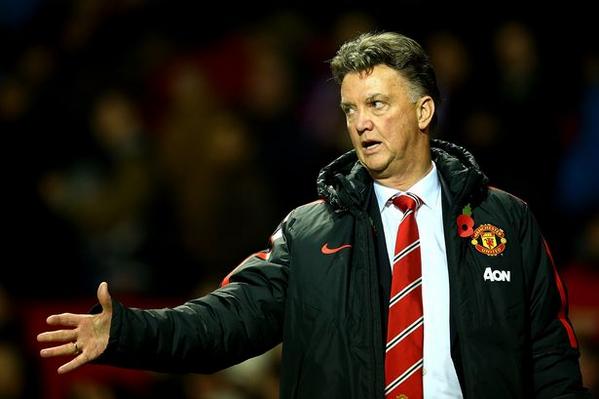 The difference between LVG and Moyes is obvious. Van Gaal’s demeanor exudes confidence, arrogance and experience. This change has manifested itself in performances against Chelsea and City. We never gave up against Chelsea and were unlucky to lose against City. Take away Smalling’s moment of immaturity, and we could well have come away with a draw. The players believe in themselves more than under Moyes and this shows against the better teams.

2. Youth are Getting a Chance

While opening the cheque book certainly helps get better players, a youth policy is essential for long term success. LVG has given more young players a chance in the early stages of his tenure than Moyes and Fergie did in the last 2 seasons combined. McNair (who looks a budding star), Shaw (who is only going to get better), Januzaj (who has been somewhat disappointing) and Wilson have all been given more playing time than under our former managers. While injuries have forced LVG’s hand to some extent, his history at previous clubs demonstrates that he is willing to pitch young players in important games and is not afraid to bench stalwarts in favour of youth.

3. Injuries and Suspensions Continue to Undermine Our Revival

We have had a horrendous spate of injuries and, to a lesser extent, suspensions. We lost Rooney for 3 games (including Chelsea), as well as Smalling and Blackett. One wonders what the Chelsea result would have been had Rooney played. Our injuries have been far worse than normal. We have not had a settled back 4, and in midfield, we have been without Fellaini, Herrera, Carrick and Valencia for many games. Despite such setbacks, we are within spitting distance of a CL spot, and within earshot of Man City. Despite his desire to play with a back 3, he was willing to abandon his preferred defensive set up when he realized he simply did not have the players to perform in such a role. Jones, Smalling, Evans and Rafael have all been injury-prone since well before LVG became manager, and he has had to cope with makeshift and novel partnerships in central defense.

4. Transfer Market Judgements Have Been Mixed

LVG had the opinion that, with Rooney, RVP, Falcao and an up-and-coming Wilson, Welbeck was dispensable. It was the medical staff who decided that Falcao was fit enough, and the excitement of having him in a red shirt, coupled with the propaganda power of the signing, was an intoxicating mix. Wilson’s potential left Utd with no other alternative but to sell Welbeck, but the manner and price for which he was sold was left a bad taste. I don’t blame LVG for the Welbeck fiasco; rather, this is the responsibility of Woodward, who was lacking again. Once the decision was made to play Wilson, Welbeck should have been marketed by Woodward, and he could have and should have received in the region of £25M for the England striker. While it would have been preferable not to have sold him to Arsenal, there were few suitors who could have paid the asking fee for Welbeck – probably Spurs and maybe Newcastle – as he was unlikely to have moved to a second-tier team like Hull, Villa or Sunderland.

Meanwhile, there is little doubt that LVG made the right decision to unload Nani and Hernandez (although he also should have sold or loaned out Young), and the revitalization of Fellaini, playing him in a more attacking role, is definitely working to our advantage.

5. We Need to Build from the Back

Once we get a settled back 4, we will be a much greater force to be reckoned with. We have the squad to finish above Liverpool, Spurs and probably Arsenal, and in the coming weeks and months, high flyers like Southampton, West Ham and Swansea will most likely start to stutter. Our style of play, with Shaw and Rafael tearing down the wings and Di Maria, Rooney, Mata, Falcao, RVP and Januzaj probing defenses in concert, we should be able to score many more goals than we have done the last few games. Fellaini, Blind, Herrera and Carrick will be adequate in midfield (although not comparable to Chelsea or Man City), and our goalkeeper has become one of the best in the world. We need a centre back in the Vidic/Stam mould; sooner or later LVG will realize that Smalling and Evans cannot make the cut.

6. It’s Still a Bit Too Early to Gauge How Far We’ve Come

The good news is that we were not outclassed or overwhelmed by Chelsea or Man City, like we were last year. Games against Southampton and Arsenal will be instructive as to how far we have progressed. Beyond what’s happening on the pitch, we need to reevaluate Woodward and critically analyze what he brings to the table – is he in fact the main obstacle to achieving Champions League football?