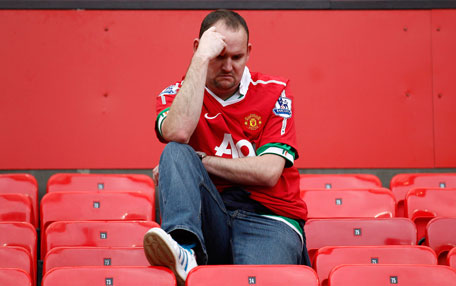 It’s been a frustrating, saddening and despondent season so far, but actually, while I apologize for being a naysayer, it can only get worse.

Firstly, we have to look at the fact we are probably losing what were the solid rocks in defence for many successful seasons: Vidic, Evra and Rio. Rumour has it that Vidic decided to leave two seasons before his testimonial because of the way his contract extension was handled. Again, this does not bode well for Mr. Woodward.

Secondly, at the last count, Moyes has highlighted eight new players he’d like, and with the World Cup upon us and only ending June 23rd, there is not much time to negotiate or to bed in any new recruits, should any of them not be snapped up by better managed teams that are already in the UCL and have better teams of negotiators than we have.

Thirdly, United have planned to take part in a tournament in USA to please our new shirt sponsors, Chevrolet. This would mean a skeleton team going as some of our best players will also be at the World Cup and in need of a break. I read that few years ago, we went on tour to the States with a thin squad for AIG and they were very displeased that many stars were left at home.

Fourth, if we make it to the Europa, which most of us would prefer not to due to its energy-sapping and ridiculously far-flung traveling across the nether regions of Europe, we will have to enter in the qualifying rounds which begin in June, too soon after the World Cup and would also spill into the proposed tour. The only good point being that should we win the Europa, you get a qualifier for the UCL the following season.

Fifth and final point: we’re screwed due to poor management, training and coaches. Fellaini was a panic buy, and Mata was a good player bought at the wrong time. We have also seen a series of lethargic and lifeless displays by most players, and a CEO who knows how to bring in a sponsorship deal, but no idea how to negotiate the shark-infested waters of football agents.

Good luck to us all!