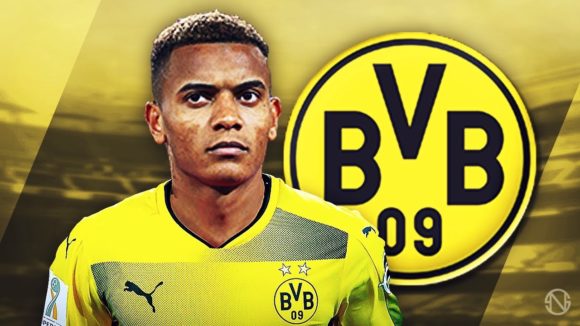 Switzerland, and Borrusia Dortmund defender Manuel Akanj has laid bare his desire to play for Manchester United, according to reports.

The Swiss defender has become a key figure in the defence of Lucien Favre’s led side, starting in all their Bundesliga games so far this term and scoring a League goal.

He was linked with a move to Manchester United in the January transfer window but opted to join Borrussia Dortmund from FC Basel in a €22 million (£19m) switch, according to Goal. His greatest asset is his ability to hold on to the ball in the face of danger and deliver passes, an asset that has come handy for Dortmund.

Apparently, the rising star is enjoying his spell in the Bundesliga but he revealed he still dreams of playing for his favourite club, specifically labeling Manchester United as such.

“Many know that Manchester United has been my favourite club since childhood. It would be nice to play there, but that’s not an issue right now.

“I am very satisfied in Dortmund. I want to win titles with BVB and compete in many more big tournaments with the Swiss national team.” According to Bluewin.

Although Jose Mourinho signed two of his targets in the immediate past summer transfer window and has a plethora of defenders to choose from, it is widely claimed United will bolster their back-line in the January transfer window.

Several names have reigned on the transfer radar of United including Toby Alderweireld and Kalidou Koulibaly among others, but there is no telling if they will make a move for any of the aforementioned players.

Following his strings of impressive displays, Akanji has seen his stock increase since his switch in January, it will be difficult for United to sign the star.